"The poet does not know -
often he will never know - whom he really writes for." 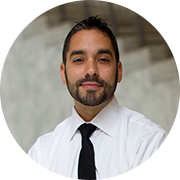 Michael Santiago Pagan was born in New York City on July 29, 1976 and was raised in Washington Heights until he was 10 years old. In 1986, his family moved to Teaneck, New Jersey. Pagan graduated from Teaneck High School in 1994 and attended Bergen Community College in Paramus, New Jersey before transferring to Temple University in Philadelphia and graduating with a B.A. in Journalism in 1998.

Pagan has worked as a reporter for the North Jersey Herald News, as a grants writer for the New Jersey Performing Arts Center, and as a press secretary for three Speakers of the New Jersey General Assembly, a U.S. Congressman and two U.S. Senators. He currently serves as a public information officer for Bergen County, New Jersey.